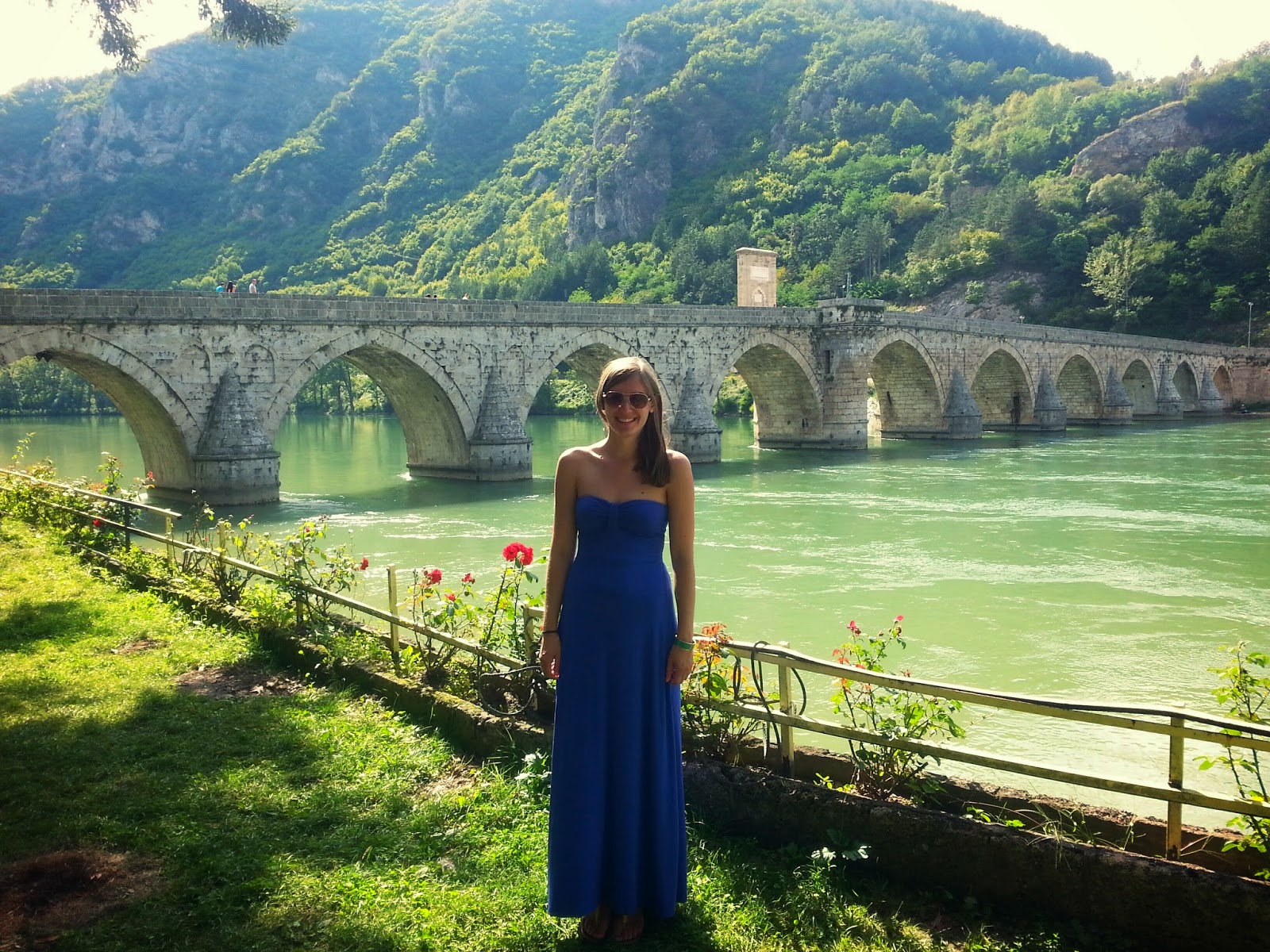 Višegrad is a city located in Bosnia, close to the Serbian boarder. The Drina river flows through Višegrad, providing the city with a beautiful scenery, in addition to the stunning hills that surround the city. Višegrad is a city I would recommend visiting to anyone who is in the area, or who is a close drive away to make a day trip (that is what I did).

My friends and I only spent about 3-4 hours in Višegrad but it was enough time for us to see everything we wanted to see. We parked our car for free at the Andrićgrad parking lot.  Andrićgrad is the main attraction in Višegrad,  along with the Drina Bridge (Na Drini Cuprija). There are still a few buildings that are under construction in Andrićgrad (a hotel,  university, dorms), but for the most part, the town is complete. It has recently been created by a famous Serbian director, Emir Kusturica. It is a town that is dedicated to the late novelist Ivo Andrić, who received a Nobel Prize for Literature in 1961. One of Andrić’s most famous novels, “Na Drini Čuprija” (The Bridge on the Drina), was written by Andrić in Višegrad.

Within Andrićgrad there are several shops, restaurants, and bakeries. One restaurant that we visited was a čevabdžinica. The ćevapi there were absolutely delicious, and the prices were reasonable. There is also a museum dedicated to the works of Andrić, however we did not enter as it was closed.

After walking around Andrićgrad,  we walked along the banks of the Drina to capture some beautiful pictures, and to walk across the Drina Bridge. While on the bridge, a man approached us for a boat tour of the city, to which we agreed. The boat tour was supposed to be a half an hour ride about the history of Višegrad. In reality, it ended up being the love life history of the captain. It was entertaining nonetheless and it was a great way to see the city from afar. Not to mention the ride was pretty cheap ($11CAD for the three of us).

There is also an old fortress in Višegrad that looked beautiful from the boat, and from the pictures on Google,  however, we did not visit it as we wanted to get back home before dark.

Overall, I had a great time in Višegrad. I had great company,  the weather was gorgeous,  and the city is one that tops my list of places to visit in Former Yugoslavia.

For more information be sure to check out the main tourist website for Višegrad.
Happy Travels Everyone!
Andrea

2 thoughts on “Višegrad, a Town That Inspired a Nobel Prize Novelist”