For the past three weeks I have been living and working in Kopaonik, Serbia. I was working there as an English activities teacher for an English Camp organized by the English Book. The experience was awesome! I will write a separate entry about the camp later, but for now I just want to share my overall impressions of food, drink, stay, and what to do in Kopaonik during the summer months.
About Kopaonik


Located in southern Serbia, on the boarder with Kosovo, Kopaonik is the number one ski town in Serbia. The highest peak, Pancicev Vrh, is 2017m (6617ft) above sea level. In the winter months Kopaonik is bustling with skiers and snowboarders. In the summer months, it appears that it is visited by various camps (English, basketball), and athletes (while we were there the Serbian National Basketball team was there for their training). Regardless of the time of year you decide to visit, be sure to pack lots of warm clothes as temperatures can drop relatively quickly, especially when you climb one of the peaks.


From what I have been told, in the winter months Kopaonik is the place to be not only for skiing and snowboarding, but partying as well. In the summer months it is much different. The only places we went to were Rio, Exit, and Alo Alo. Out of the three, Alo Alo has the cheapest menu, but a warning to foreigners, be sure to add up your own bill before giving back the menu as some of my colleagues were overcharged for items. Also, always ask to see the bill. At Rio, the waiter would often just tell us the price of our bill without actually showing it. A friend told me that they do this because a lot of wealthy people visit Kopaonik and often do not check their bills.

All of our meals were provided at Hotel Angella. I am not sure what the prices are like here as I did not have to pay for my meals, however, I would say if you have to pay for your own meals, you should eat at one of the restaurants as the quality is much better.


I stayed at Konaci Apartments for three weeks. This is considered to be a 4 star resort, however, I would classify as 3 at most. Although the rooms were clean and comfortable, they did not offer the amenities that a 4 star resort in any other part of the world would have. For example, hairdryers are not included in the rooms, there is no telephone, and there is not a reception within the building.

The rooms do have a kitchen, with a mini fridge, so if you are staying for a while, you can make your own meals BUT you need to bring your own utensils, pots and pans, and plates. 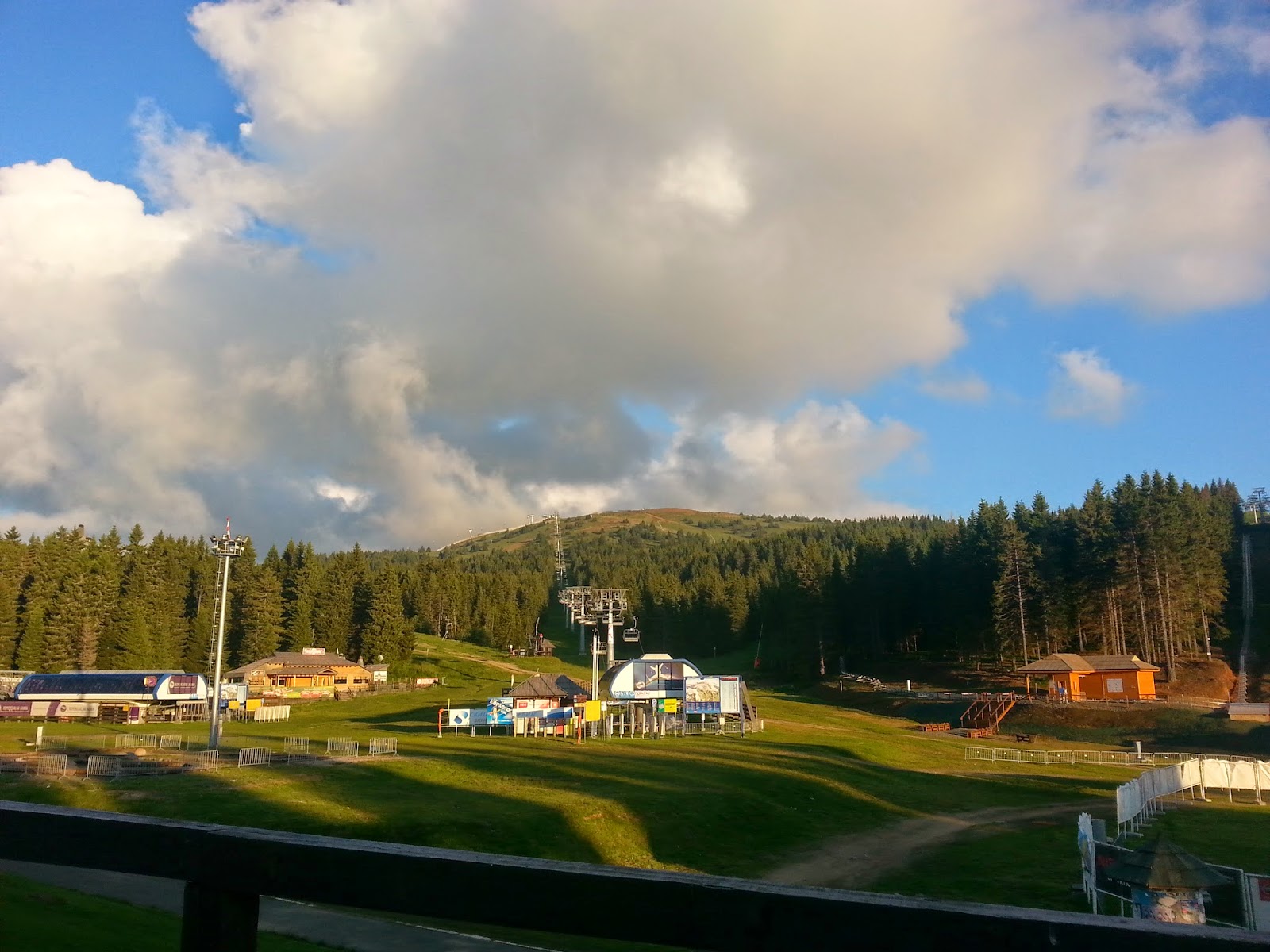 There are a number of trails for biking and walking around Kopaonik. For those who want to climb to the highest peak of Pancicev Vrh, they are in luck as the chairlift is open in the summer months. For the more adventurous soul, there are multiple ways to climb to the peak, but the easiest is to follow the dirt road to the top. The climb is worth the view, and on a clear day you will be able to see parts of Serbia, Kosovo, and Montenegro.

You can also rent 4 wheelers, scooters, and bikes. There is a pool and a bowling alley at the Grand Hotel, but be warned that the prices are quite steep, even for North American standards.
﻿ 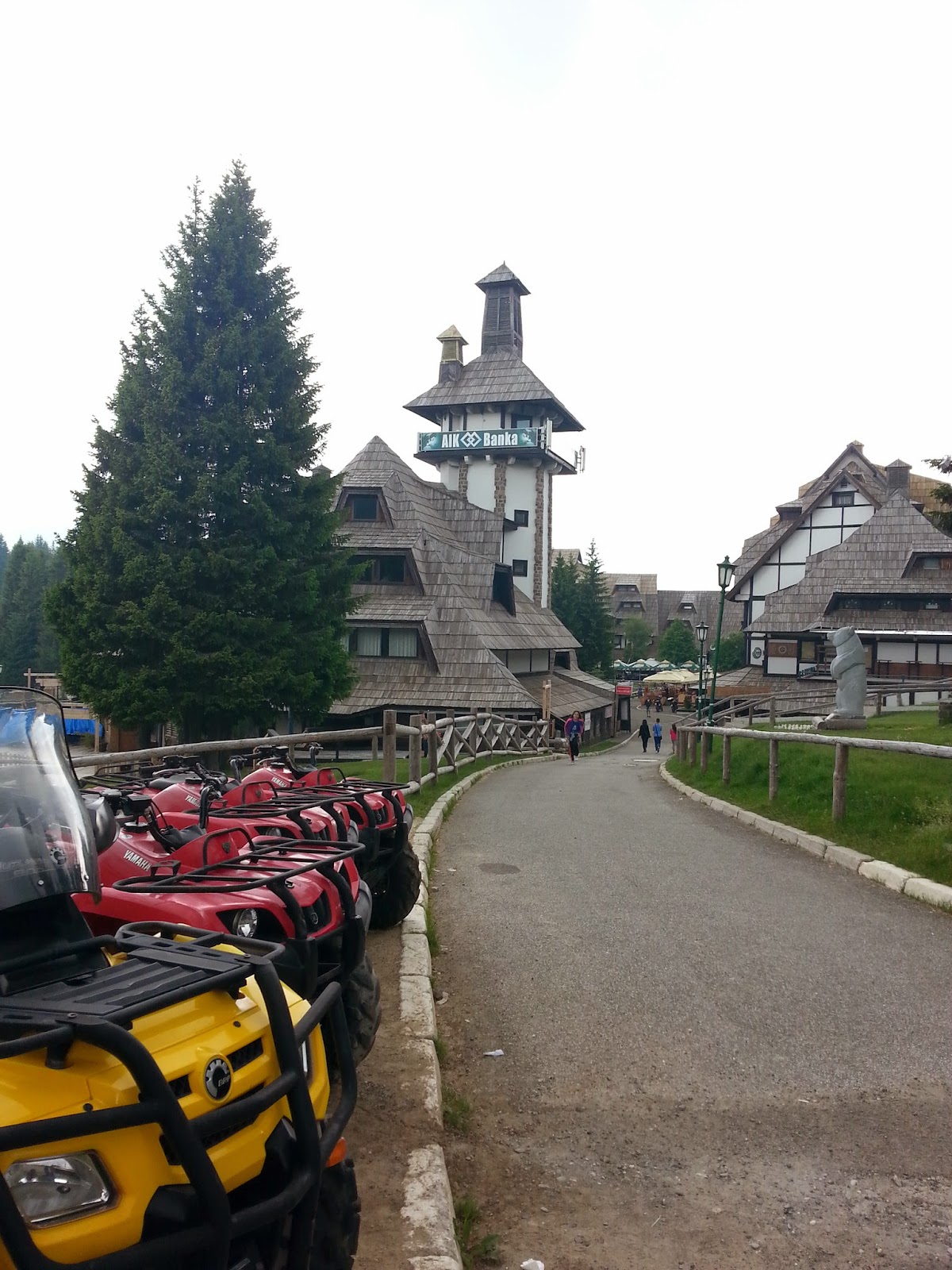 If you have been to Kopaonik in the summer, I would love to hear about your experience there.

3 thoughts on “Summer in Kopaonik – Food, Drink, Stay, and What to Do”