As I am in the process of moving, working on school, and planning out my next adventure (stay tuned for more…), I have not had the time to write any new content. I do, however, have some great people who have volunteered to guest blog for me. My next two posts will be guest posts, but they will not disappoint. Today, I am sharing with you a post written by my Instagram friend Nick Thornton, @ambitioustravel, who spent the summer working and traveling across the United States. His summer adventure was similar to mine, just in a different country and on a different continent. His post is about his California adventure, driving down from San Francisco to Los Angeles, and heading east to Las Vegas. For more awesome pictures, be sure to check out and follow him on Instagram!


Travelling the world and creating new experiences can be hard in this day and age. But there are some great opportunities you can exploit that will allow you to do just that. My name is Nick Thornton, AKA @ambitioustravel, aged 22, and I have just come off the back of 3 incredible months working and travelling the US this past summer.

I returned to work at a Summer Camp in Massachusetts, having last worked in 2012. Going through Camp Leaders, Summer Camp USA gives you a great opportunity to gather a bit of money and then have the pleasure of spending it exploring the States. My office this summer looked a bit like this… 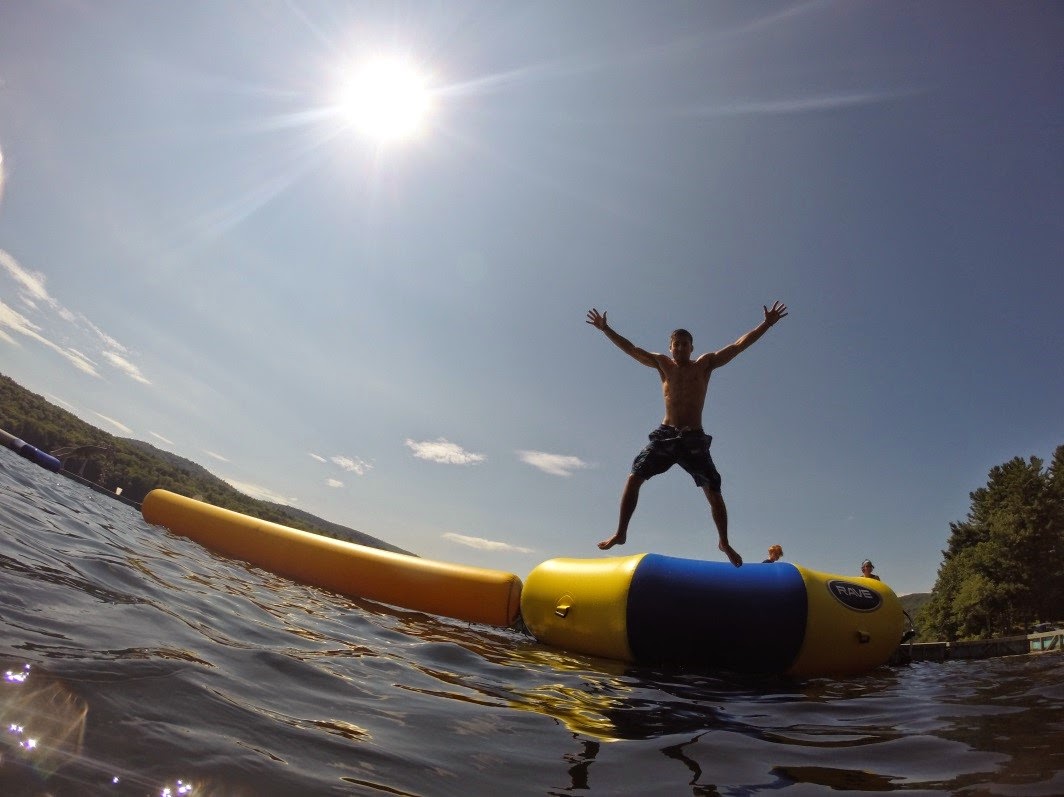 What I want to share is a little bit of my travels this summer. In 4 weeks I saw, experienced, ate, explored and was in awe an incredible amount! My adventure took me to Boston, San Francisco, Santa Monica, Los Angeles, Las Vegas, Denver, Glenwood Springs, San Diego, and back to LA where I caught a flight to where I am now…Auckland, New Zealand! I can only write so much in one blog entry so I want to share my West Coast road trip.

Having finished camp and spending a few nights in Boston, I flew to San Francisco to begin my West Coast road trip. San Fran is a fantastic city, with loads to do. One of the days we hired bikes and cycled over the Golden Gate Bridge and down to Sausalito. 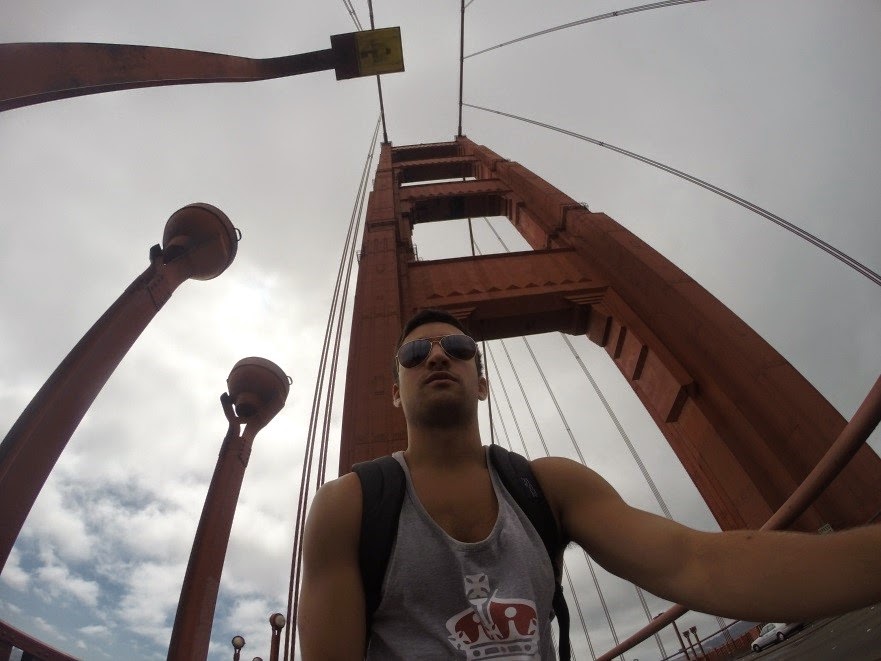 It was a fantastic bike ride that gave us stunning views of the city as well as a good work out! Cycling down the world famous Lombord Street was pretty awesome too. Leaving San Fran, we picked up a Dodge Charger and hit the road down south. One of the first places we stopped at was Monterey, a historical fishing town that is famous for its sardine fishing in Cannery Row. One of the days we hired kayaks and had a paddle around the bay. This is when I had an amazing wildlife encounter. Kayaking around we had seen plenty of seals and a few otters, and as we were heading back in, one seal pup was feeling curious and came to investigate us in our kayaks! 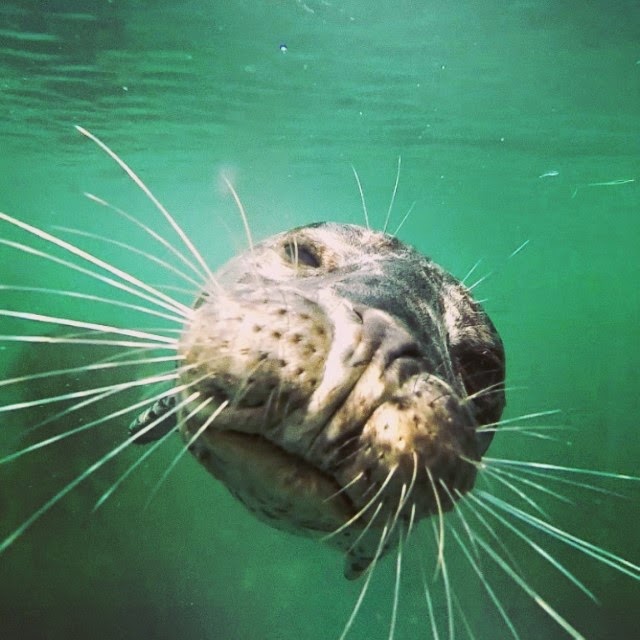 It swam right up to my GoPro camera and I managed to capture the above shot. A very special moment. If you want to see the video. be sure to check it out on my YouTube page.

Following Monterey, we continued South and hit the famous Big Sur Pacific Route. What an incredible journey! Cruising alongside the ocean, barely meters from the edge of the cliff with an endless expanse of ocean to our rights…an unbelievable ride. 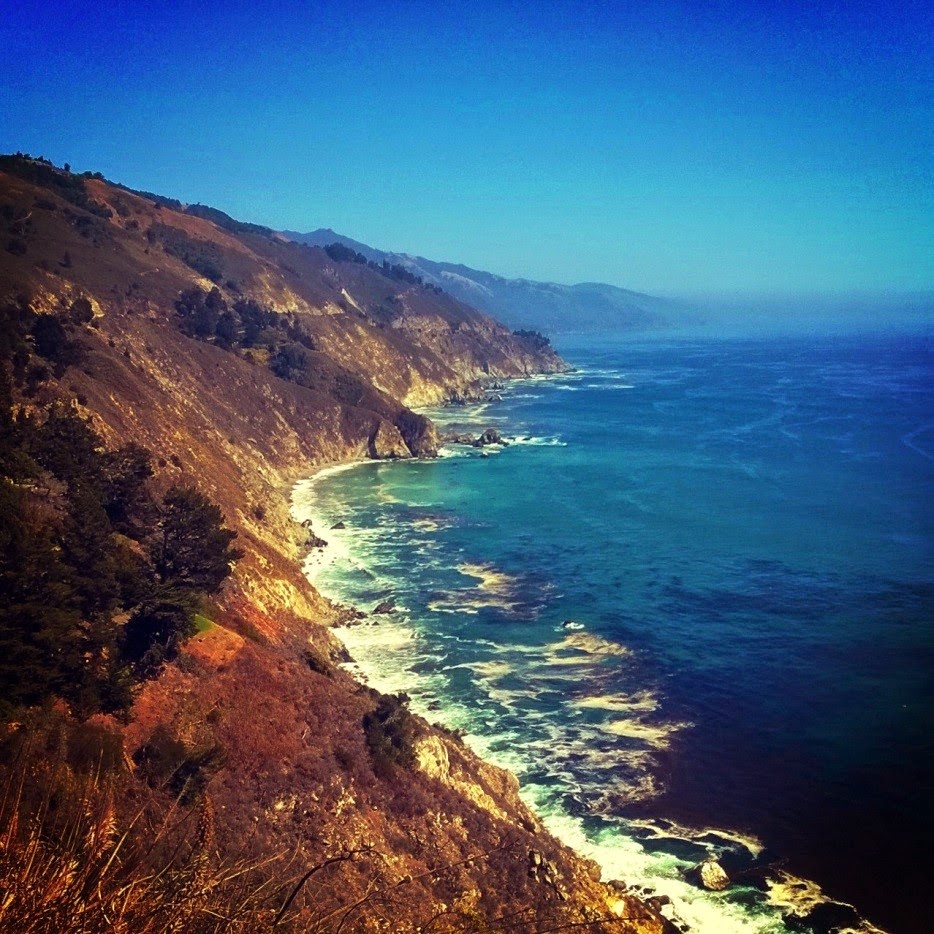 It was all so natural and beautiful, and that’s what I love to see when travelling. It felt like a proper road trip, and camping at local State Parks also added to that effect. We continued South and came into the beach towns such as Santa Maria, Santa Barbara, Malibu, and eventually Los Angeles. I had already visited LA twice before so we agreed to spend an afternoon there and essentially drive through the city, stopping off at Griffith Observatory which gave us a great view of the city and the Hollywood sign. Our adventure continued past LA into the desert towards Las Vegas. On the way, we were lucky to be able to sample a stretch of America’s Historic Route 66, something I have always wanted to do. 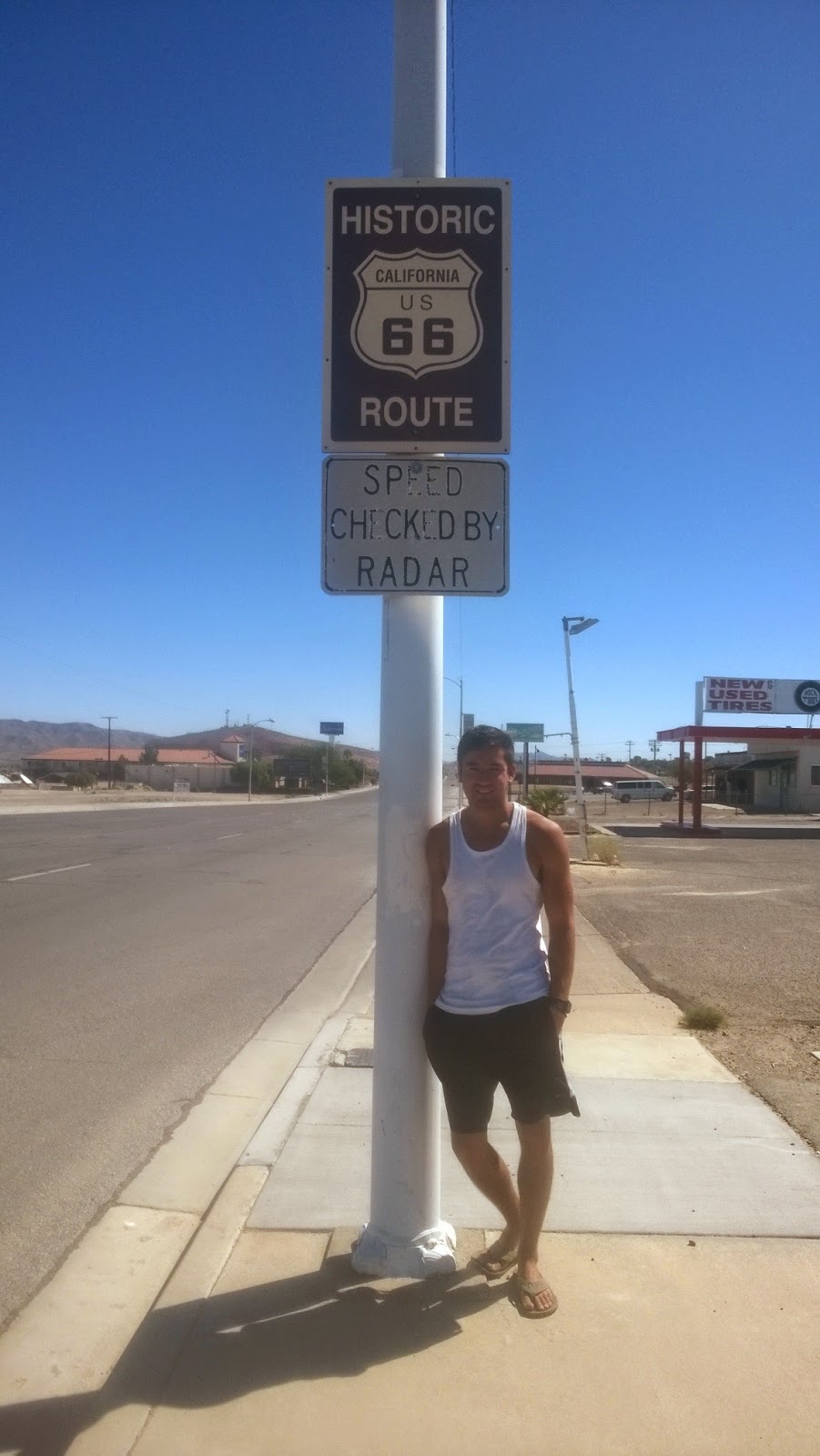 It was fascinating to drive along one of the USA’s original highways, with so much history involved. The section we drove was between Victorville and Barstow. On route we came across a brilliant site called Elmer’s bottle tree ranch. A portion of land filled with incredible statues, creations, pillars, all involving thousands of old green and brown bottles. 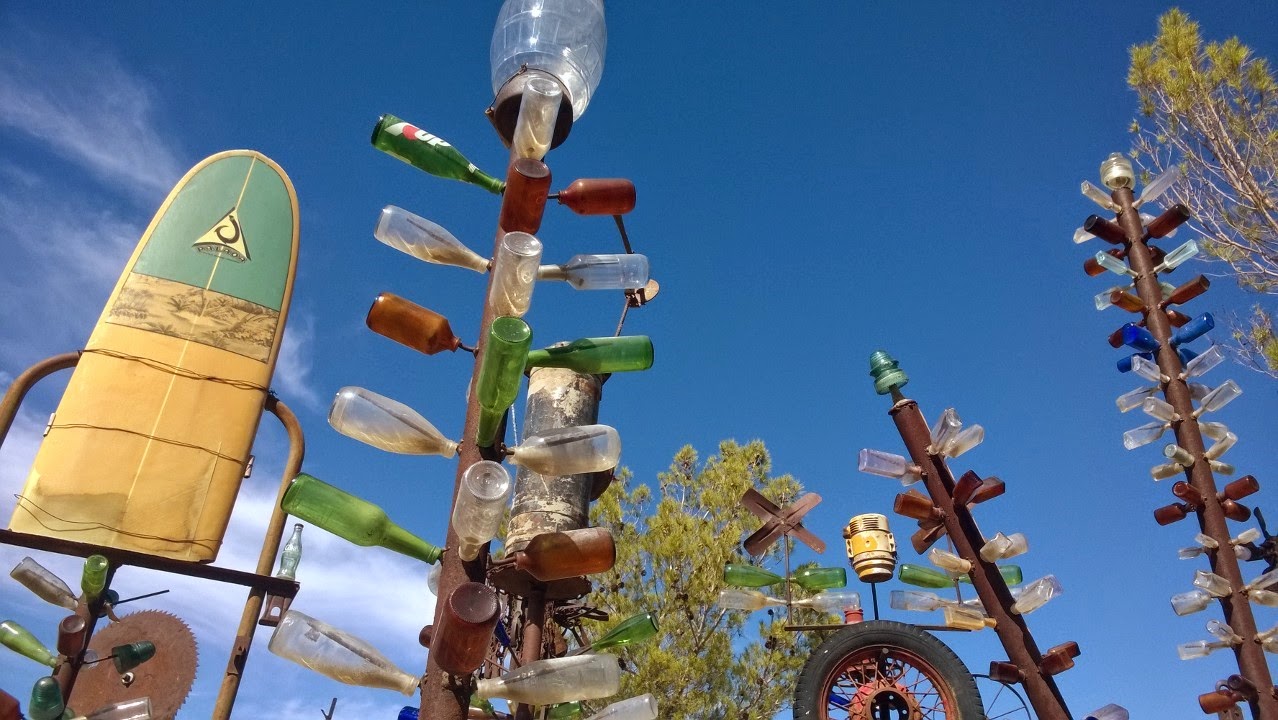 It was quite mesmerizing walking through the ranch, almost made you feel a little disoriented. My favourite exhibit was a bottle-lined-pole with deer antlers on top, behind an old Coca-Cola sign as shown below. 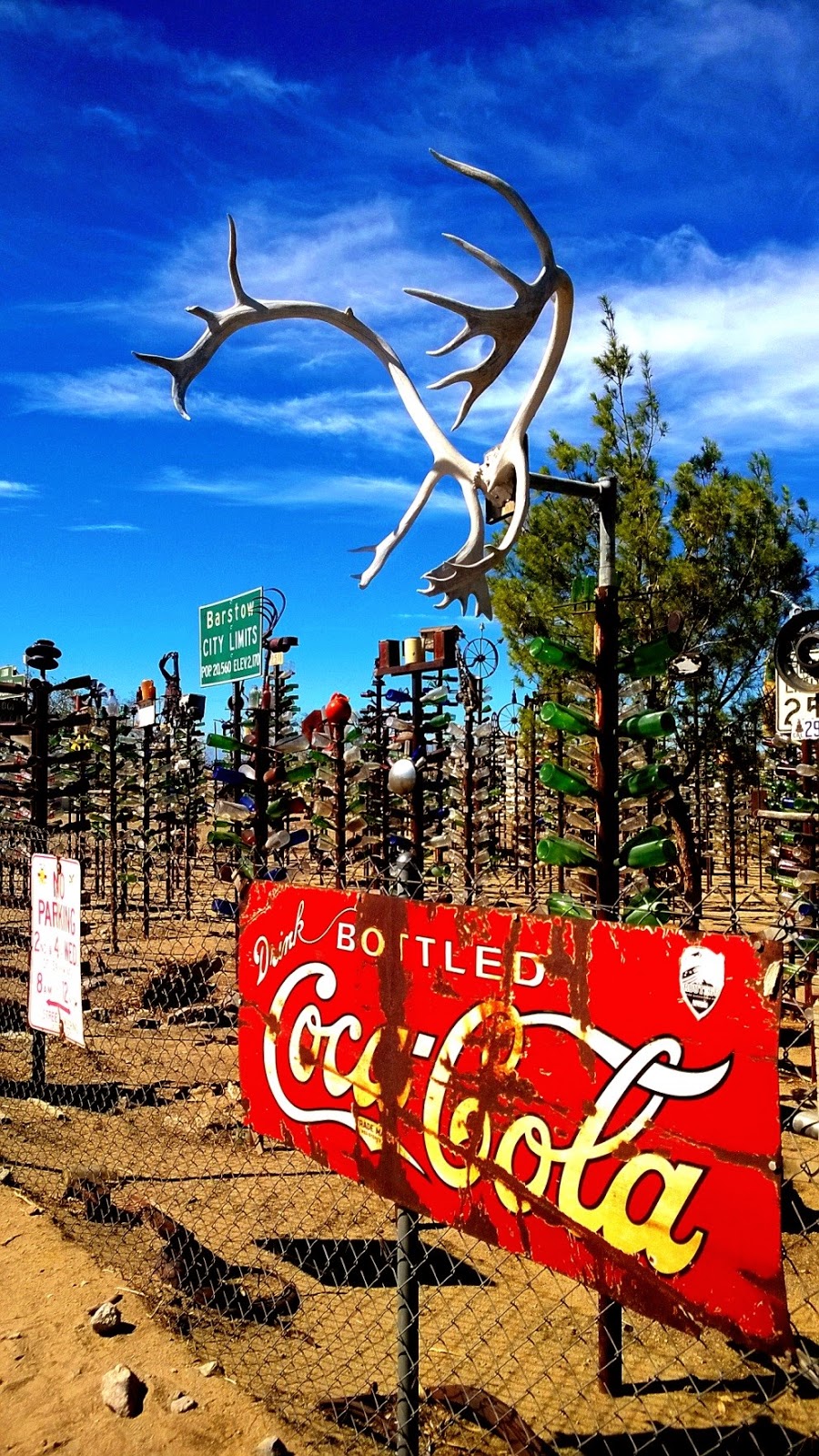 The ranch was one of those little hidden gems, that as a traveler, I just simply love to discover and explore. Get off the beaten track and find some cool stuff!
And this is where my West Coast adventure ends. We continued on to Las Vegas, but, Vegas is Vegas, and we all know how that goes! What an incredible trip it was to go from San Francisco to Vegas, with a lot of amazing highlights in between. California is a state you simply cannot afford to miss!
Be sure to follow my adventures on Instagram @ambitioustravel!
Nick