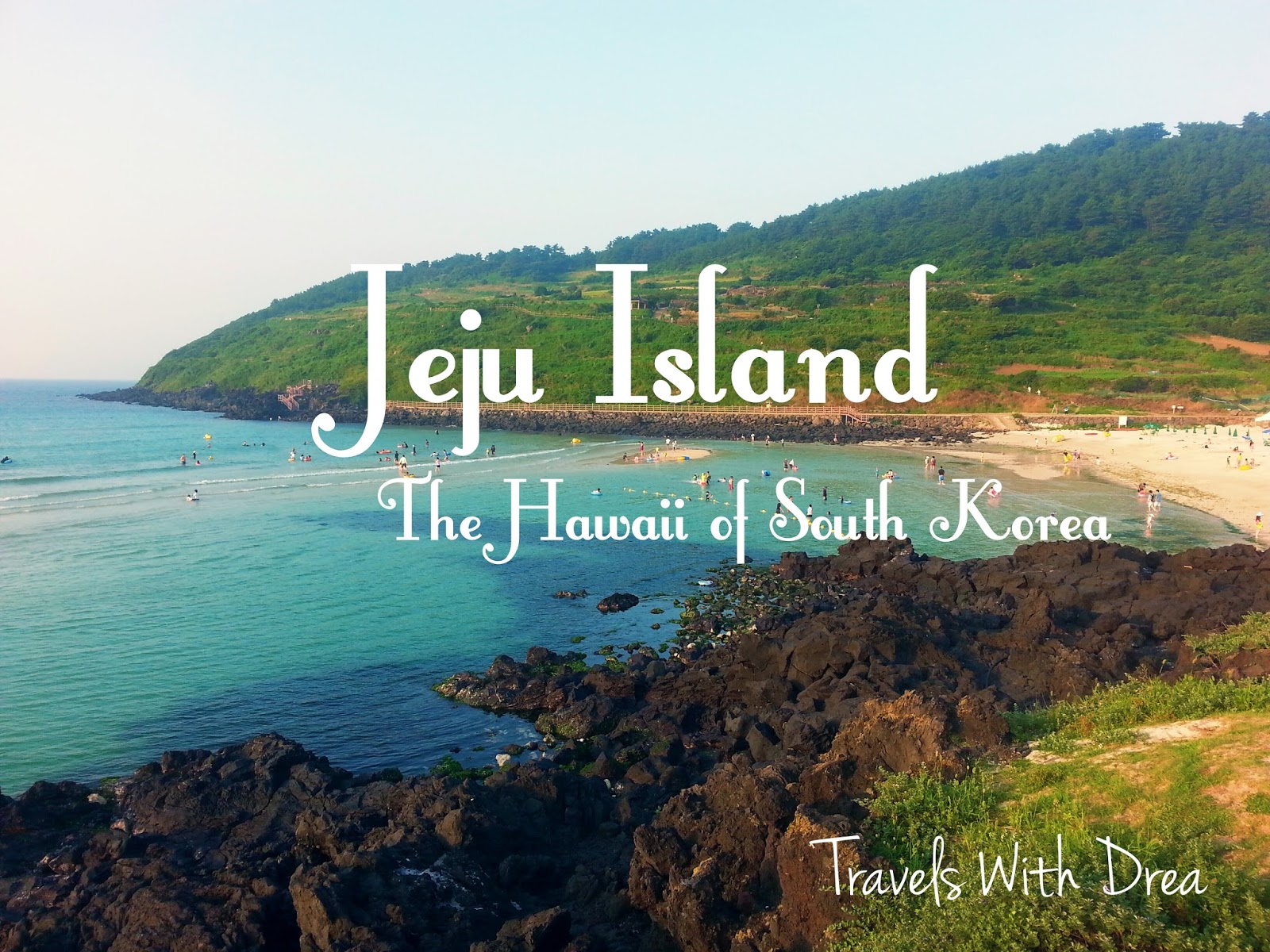 Jeju Island, located off the southern coast of South Korea, is referred to as the Hawaii of South Korea. Although I have never been to Hawaii myself, I can see why people may say this as Jeju is absolutely breathtaking, and the same has been said about Hawaii. We spent five days there during a summer holiday I had from school at the end of July, and they were the best five days I had had in a long time. From the beaches to the beautiful country scenery, Jeju is a must see for anyone who is visiting this part of the world.

We stayed in Jeju City which is where the airport is located. There is not too much to do here as most of the must see places are found around the island, so be sure to rent a car before you arrive as they book up fast (international driver’s license is required). We didn’t book a rental car in advance, and were not able to find any when we arrived. We opted for our second option which was to rent a scooter, and we are so happy we did. Seeing Jeju from a scooter is the best way to see the island! You can bypass a lot of the traffic, you can park almost anywhere, you can stop whenever and wherever you like (even up on a sidewalk) you never pay for parking, and it is much cheaper than renting a car. I wouldn’t recommend it to the inexperienced drivers, and if you are just learning how to ride a scooter, it is probably much smarter that you leave your practice time for somewhere else. A word of advice, if you rent a scooter, be sure to cover up no matter how hot it is or at least wear lots of sunscreen. I got one of the worst burns I have ever had in my life just from riding on the back of the scooter on my first day. For those interested, we rented from Mr.Lee’s Bike Shop and were very satisfied with the service. The lady that works there is very helpful with questions you may have about sightseeing so be sure to chat with her before you take off.
If you can’t rent a car or scooter, you can ask your hotel to book you a driver for a day. The price varies, but it is reasonable for the service you get. Just be sure you know where you want to go as not all drivers speak English. We had one bad experience with a taxi driver there while going to pick up our scooter. Although we showed him the address and location of the rental place on a map, he took us to a different part of the city, but to a scooter rental place nonetheless. It was a bit of an inconvenience as we had wasted the little time we had, but lesson learned.

In addition, they have cheap and a reliable bus service, but it is slower than going by car, so if you are short on time, spend the extra money on renting something to get you from point A to point B.

If you are planning to spend time at the beach, the northern part of the island is where the best beaches are located. Although we didn’t get to the southern part of the island, we did see a fair bit of the north. My favourite beach was Hyeopjae Beach. We went there two times because we loved it so much. The first day we spent at the main beach which was a bit annoying. The designated swimming area was so tiny and crowded with people. Not only were there a lot of people, but a lot of people brought tubes and mats to float on leaving very little space for swimming. When we ventured out of the designated swimming area we got yelled at by the lifeguards. Eventually we had enough, packed our bags and walked further up the beach where there were no lifeguards and no crowds. Life was good again and we enjoyed our beach day to the max.

A word of advice, if you are conscious about your body in a bathing suit and don’t want to be stared at, you better opt for a one piece or cover up. Koreans don’t wear bathing suits like the ones people wear in other parts of the world. You will see them in long shorts and long sleeved shirts, swimming away. So be prepared to get a couple of stares and learn to deal with it. Radojko and I had a few people take photos of us laying on the beach and there wasn’t really anything we could do, nor did we care.


The second best beach we went to was Hamdeok Beach. There were two parts to the beach as well, one with life guards and one without. We of course went to the one without lifeguards so we could swim freely. Near the end of the day the tide came in so the waves got a bit bigger (not surfing big), so it was fun to jump in them. Just be careful where you leave your belongings as the tide can come quickly and wash them away, as we saw happen to a few people.

Simply put, I did not enjoy Udo Island as much as Jeju Island. For one, the beaches were not very nice. We stopped at several and were not impressed with any of them. The one we decided to give a shot and stay at we ended up leaving after 5 minutes as there were lots of crabs in the water, and since we did not have water shoes on, we decided not to risk getting pinched by one of them. Also, the beach was filled with some strange looking bugs, and as someone who screams when I see a spider, I knew the time at the beach would have not been enjoyed.

If you want to go hiking, however, Udo Island is great for that as there are a lot of great walking trails and beautiful scenery. Don’t get me wrong, the island is beautiful, but we were most interested in the beaches as it was so hot. Also, you can see the whole island in a relatively short period of time, so a half-day trip is possible. 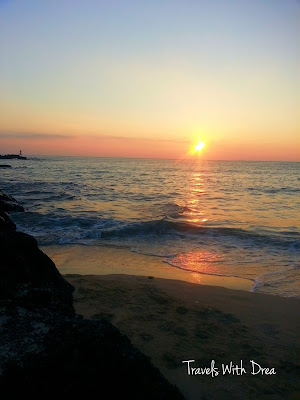 Jeju is also very popular for a honeymoon destination for newlyweds. It is no surprise as the sunsets here are very romantic and beautiful to watch. 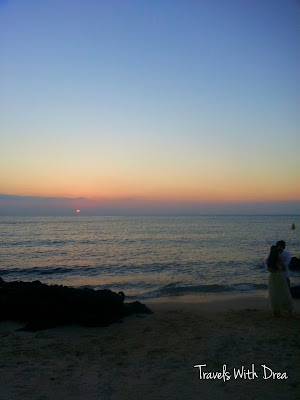 I even managed to snap this sneaky photo of a bride and groom getting their photos taken during the sunset. I can just imagine how beautiful their wedding photos will be!
Jeju City
As I mentioned earlier, there is not too much to do in Jeju City so renting a car would be advisable, especially since public transportation is relatively slow. We stayed at the December Hotel and it was great! I would definitely recommend it to anyone who is looking for a nice but budget friendly place to stay while in Jeju.

As for places to eat, there are a variety of restaurants to choose from. We opted for the cheapest and best option, the Korean BBQ. If you are in Korea, you have to have at least one meal at a Korean BBQ place. It is fun, filling, and budget friendly.

So what do you think? Does it look like the Hawaii of South Korea? Leave me your thoughts below!

4 thoughts on “Jeju Island, the Hawaii of South Korea”